The NBA’s 82nd round of games was the consummate way to set the table for the postseason, which begins on Saturday. On the final day of the regular season, New Orleans beat out the hottest team in the league – San Antonio, who had won 11 straight – to clinch the final spot in the West ahead of Oklahoma City, who finished with the same record as the Pelicans at 45-37, but lost the tiebreaker 3-1. Russell Westbrook had another monster game to beat James Harden to the scoring title, but that means little to him as the latter led the Rockets to the second seed in the West, a mighty feat such is the competitiveness of this conference and the depletion that has resided on Houston’s roster. It might just land the bearded machine the MVP award.

Out East, and you can bet that OKC wish they were geographically located slightly more that way, Brooklyn clinched the eighth spot after a win over Orlando coupled with Indiana’s loss to Memphis, while the Hawks continued their late-season slump with a loss to Chicago, who locked up the third seed and now take their anti-Cavs mentality into the playoffs with a ‘healthy’ lineup. 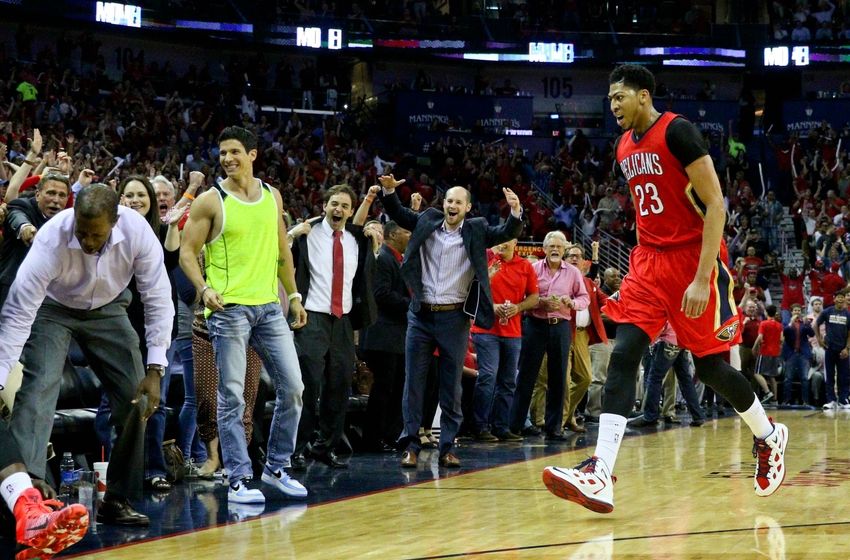 What did I learn? Well, for one, Anthony Davis is really good. Then again, it would be utter stupidity to not already know that, but at least now we can all witness the 21-year-old scoring, rebounding, does-just-about-everything king perform in the playoffs. The stage is set for the youngster and his team, who last made the postseason in 2011. Davis was relentless against the Spurs, who were playing for the second seed and home court advantage for at least the first two rounds. Along with the pressures that come with such high stakes for both teams, Davis (31 points, 13 rebounds, 3 blocks) and Tyreke Evans (19 points, 11 assists) lit up the red jerseys in the crowd in what was a playoff-type atmosphere, and their reward is a series with the Golden State Warriors whom they have beaten once this season.

I’m worried about Atlanta. Not the city, just so everyone is clear, but their basketball team. 7-8 to round out the season, they might be the one seed in the East but the momentum they’ve enjoyed for most of the year has slowly faded as we enter the phase where teams really need to be hitting their stride. Although Brooklyn shouldn’t provide too many matchup problems for the Hawks in the first round, all year long I have worried that the lack of a superstar, or three where teams like Cleveland and San Antonio are concerned, will really hurt the Hawks at the Conference Finals stage.

Intrigue surrounds the Rockets, who are the second best team in the Western standings. The East cannot compare to the West’s strength, and for James Harden to have led his team into this position when Dwight Howard has played only 41 games and Patrick Beverley is down for the season is staggering, especially when you consider everything in the final five minutes of every game goes through him. Harden has played in 81 games this season, averaging 36.8 minutes; at least this year, the MVP voters should really consider durability in their consideration for the winner, as that is quite staggering.

Who are you taking in the West between Golden State and San Antonio? Before the Spurs’ defeat to the Pelicans, a lot would have been saying they are the best team in the league. I still think they are the most ready to win, such is their playoff experience and late-season surge. In the East, Cleveland and Chicago are primed for another huge series, set to knock chunks out of each other and the anticipation of Derrick Rose playing in the postseason and aching – probably the wrong word – to keep his knees somewhat healthy. Joakim Noah will also be locking and loading his latest Cleveland insult. If these two teams meet down the road, get set for Chicago to beat up LeBron every way they can, and it is up to him to remain cool and lead the Cavs like he has done all season.

Final point: The NBA has a bright future, make no mistake about it. Anthony Davis is the best player in this league for the next ten years, and his freakish numbers will always back that up. We have witnessed the mega-talent of Steph Curry, James Harden and Russell Westbrook dazzle on literally a nightly basis, and there are a lot of nights in the NBA. But for all that, people should not overlook what LeBron has done in Cleveland. He didn’t have to go back there. He did. He didn’t have to respect Kevin Love despite the two struggling to find a connection on this team. And he didn’t have to let Kyrie Irving know that playing less selfishly didn’t have to be a detriment in him taking over games. Their relationship on the court has blossomed. All of this has helped them to a second placed finish in the Eastern Conference after a meagre start, and they take on the Isiah Thomas led Boston Celtics first up.

Cleveland are my favourites for the title.